I never intended my second post for the month to be this serious. But like I’ve said, life happens, and I just wanted to share what has been on my mind.

The first was on Christmas Day 9-years ago. Our car spun across a 6-lane highway and was hit 3 times by cars going at least 70- mph. We came out of that accident in disbelief that we were alive, and that no one in the other cars were injured. But ultimately we were so thankful for another chance at life. I truly believe angels were watching over us in that moment, and the Lord sent them knowing He had more things planned for us.

The second time was after my second daughter was born. I gave birth to her via c-section, and a week after she was born I was having serious post-surgery hemorrhaging. When I started bleeding, we were already staying at the hospital due to our daughter being tested for an infection she had. So I am thankful the bleeding didn’t happen while we were at home. But it was so bad that I lost a little more than half my entire blood supply. I was given surgery to stop the bleeding, but during the surgery I had lost even more blood that I was rushed to receive an emergency blood transfusion.

I knew I already lost a lot of blood prior to the surgery so knowing I had lost even more actually made me worry. I remember I felt so weak lying there wondering if this was really how I would die. I like to think I have a high pain tolerance, but in this moment, it had felt like life was literally being sucked out of me. Instead of pain, all I felt was weakness. At the same time, a dozen nurses were hooking me up to machines to get the blood in me, then one nurse started talking to me about my daughters and husband. She asked me how old my girls are and what their names are. And she asked how long I’d been married to my husband. And in that moment, I felt the Lord push me back to where I needed to be fighting for my life. I believe that nurse was an angel.

With the tragic event that happened earlier this week, I have had a lot of thoughts about life going through my mind, including thinking back on the times I thought my time on this Earth was over. This isn’t the first time these thoughts have flooded my mind, but it is the first time I’ve written the thoughts out.

There’s no time to for hate.

There’s no time for judgement.

There’s no time for caring about what others think.

There’s no time for grudges.

There’s no time to be angry.

With Kobe’s death, I have reflected on these moments of my life even more. After each event, I knew I had to do more with my life. Not that I felt that I was a bad person, but I knew I could be better.

If there’s one thing that Kobe’s death has taught me, it’s that we all need to be better. Yes, it also shows us that life is short, but I believe we must trust in God’s plan for us. We must trust in His plan and live our lives full of kindness and with no regrets.

I can only imagine how Kobe felt as he was holding his daughter in those horrific last moments of their life. But I like to believe, as a man of God, he and Gigi met our Lord with the same smile on their faces as they had on Earth.

Kobe was a hero whose legacy span among multiple generations so the impact of his death hits hard across almost everyone I know. But I also feel as a human race, we needed this tragedy to happen. Not to make us sad, but to make the world better. Kobe was a hero for a reason. He was admired for a reason. So I believe his passing is a reminder to us all to be better.

To be better children.

To be better parents.

To be better siblings.

To be better friends.

To be better strangers.

To be better humans.

As my daughter likes to say, “Mommy, we need to be kind to one another, right?”

I’ve always felt that my role/my calling/my vocation is to be a mother so I’m going to continue to raise my children with love and kindness so they too can spread it out in the world.

Let us be better. Not just because we need it now, but because the world our children will live in after we’re gone will need it.

While everyday we honor our #FilipinoAmerican culture in our house, tonight I shared some Filipino history thanks to some books from our friends at @kadopublishing! When the girls found out I had new books to share with them, Zay’s initial response was “Of course it’s about the Philippines! Mommy loves Filipino stuff!” And that you are right Zay 🇵🇭
Happiest 6th Birthday to our little ray of sunshine ☀️ Zayanna, you are seriously one of a kind. You are so smart, so strong, and so resilient. You are who made us mom and dad, and we are so thankful God chose us to be your parents. The older you get, the more I see you blossoming as the caring and thoughtful little human that you are. You are also the silliest, chattiest, and most stubborn little lady, and while it can cause us to butt heads, it makes us so proud that you stay true to who you are in everything you say and do. As you make your way through your 6th year around the sun, I pray that you only continue to grow in love and faith. We love you so much Zaya💕
Took a break from the summer like weather where we lived with a trip to @lemosfarmhmb so JJ had a reason to wear this Ewok fleece before it gets too small 😅 #notevenkidding #kidsgrowfast #whoeverhasababyboynextwillstrikegoldwithhishandmedowns #starwarsbaby
Who needs Halloween-themed outfits when you have @sfgiants gear? Game 1 is happening right now, and the girls just had their first in-restaurant experience watching a postseason game. Earlier at the pumpkin patch, there were other families who also repped black & orange. And the ones who weren’t wearing their gear were cheering “Go Giants!” left and right. I love this time of the year🧡⚾️🖤
A few days late, but Happy October! Our Oogie Boogie Bash vlog is now live 👻
My little ball of joy and mischief❤️ You are the piece I didn’t know my heart was missing. 14 months later, and I still can’t believe you are ours. #happynationalsonsday 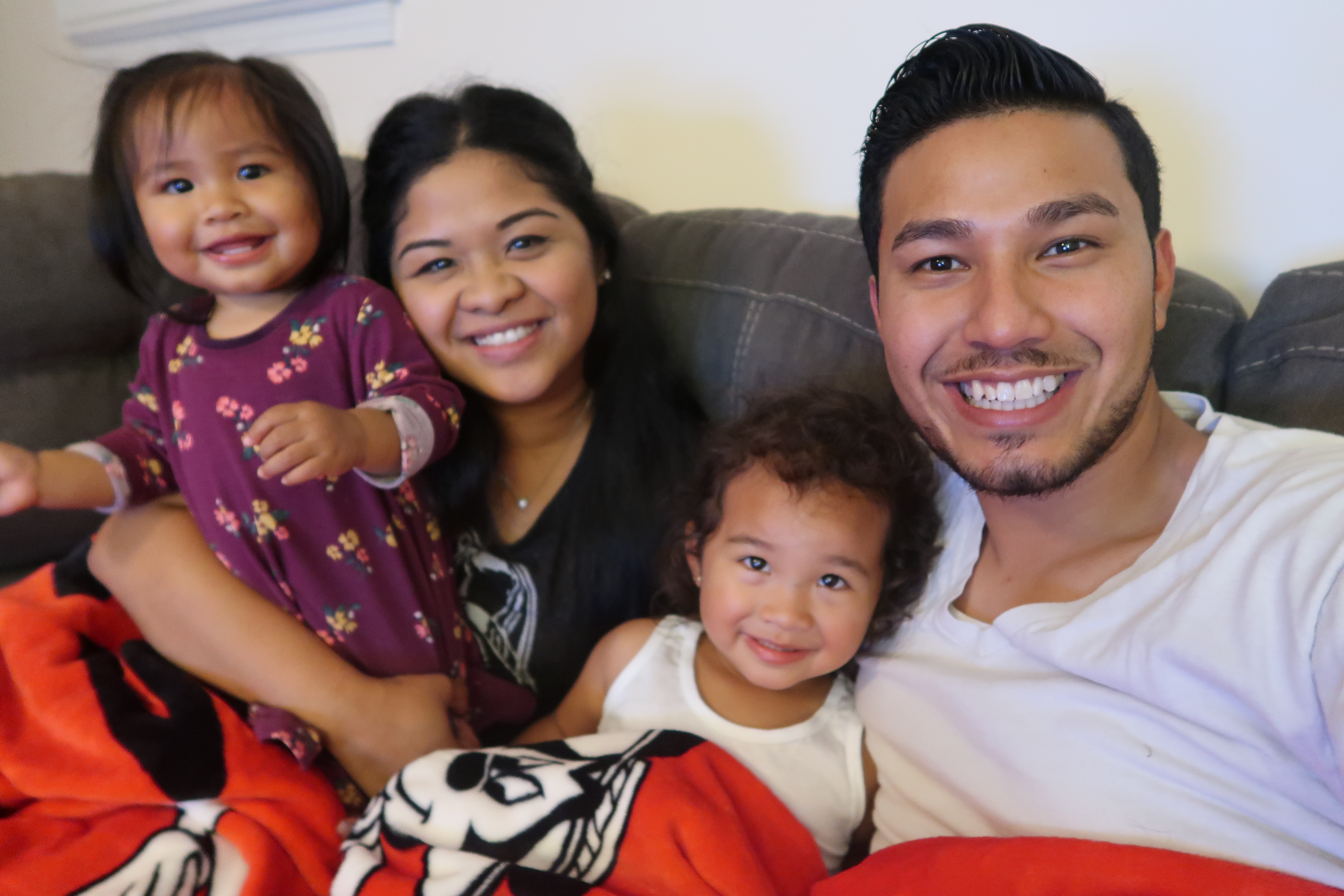